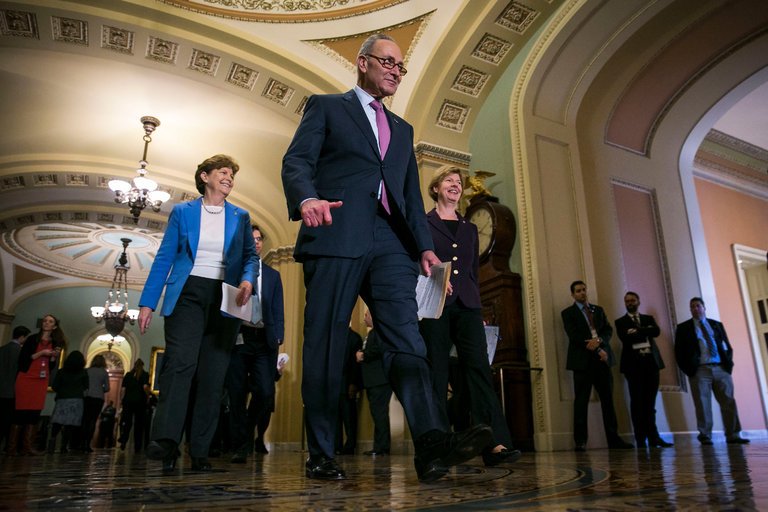 “Democrats are the party of patriotism, because they’re doing something infinitely more urgent and substantive than berating football players who kneel during the national anthem. They’re recognizing that a hostile foreign power tried to change the course of an American presidential election. They’re pressing for a full accounting of that. They’re looking for fixes, so that we can know with confidence that we control our own destiny going forward. The president, meanwhile, plays down the threat, and Republicans prop him up.

Democrats are the party of national security. They don’t taunt and get into Twitter wars with the rulers of countries that just might send nuclear warheads our way. They don’t alienate longtime allies by flashing contradictory signals about their commitment to NATO. The leader of the Republican Party does all of that and more, denying the G.O.P. any pretense to stewardship of a stable world order.

Democrats are the law-and-order party. While many Republicans and their media mouthpiece, Fox News, labor to delegitimize the F.B.I. and thus inoculate Trump, Democrats put faith in prosecutors, agents and the system.

Democrats are the party of decency and modesty. None of their highest leaders uses the public arena to bully private citizens in the way that the Republican president does. None advances his or her financial interests as brazenly or brags as extravagantly.

Democrats are the party of tradition, if it’s interpreted — and it should be — to mean a news media that operates without fear of government interference, an internet to which access isn’t tiered, judicial appointees who have a modicum of fluency in trial law.

Under Trump’s thumb and spell, the Republican Party is watching the pillars of its brand crumble. Democrats should grab hold of and appropriate them. And they’re starting to, fitfully and imperfectly. Jettisoning Al Franken as the Republican National Committee reteamed with Moorewas part of that effort.

Who among us doesn’t care about family values, defined justly and embraced honestly? Who doesn’t see the good in patriotism, tradition and decency? They’re neither hokey words nor musty concepts, and that’s why Republicans have been using (and misusing) them. But in the age of Trump, they constitute a language that Democrats can more credibly speak.”